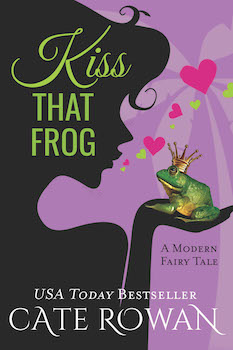 One green frog.
One cynical artist.
One innocent kiss.
A lifetime of magic…

When prickly Los Angeles artist Sofia Ballondor reluctantly agrees to frog-sit (*grumble*) for her seven-year-old niece, she has no idea what’s to come. Her cranky demeanor starts wearing off as her new amphibious muse stimulates her artistic talents. One morning, excited about her fresh creations, Sophia impulsively gives the green frog a quick peck.

You know what they say about kissing a frog? It’s all true. And when a fairy tale prince climbs out of the terrarium in Sofia’s living room, she’ll have to choose between her cynical, familiar life or the lily pad of her wildest dreams…

This novelette is a romantic fairy tale remix with a Regency time-travel twist. Cate Rowan is a USA Today bestseller and her magical fantasy romances have won more than thirty awards.

Get Kiss That Frog today — escape into the romance and magic of a modern fairy tale!

EXCERPT OF KISS THAT FROG

“Tell me again when this happened.”

He sighed. “Two centuries ago.”

She screwed her eyes shut.

“I realize that’s hard to accept.”

“Hey, no more than you transforming into a frog and back,” she said sarcastically. “Give me some credit here.”

“You could, I believe, look it up.” He gestured at the laptop computer on her table. “With that thing. Can’t you? Your sister and niece use one all the time. It seems very handy.”

“Oh sure. And what, exactly, do you expect me to look up?”

She stopped pacing and slammed her hands on her hips. “You think I’m going to find confirmation on the Internet that a witch turned you into a frog two centuries ago.”

“Of course not. My father hushed up the amphibian part quite well. But I’d think history would mention that King Julian’s son disappeared.”

“I’ve never even heard of Nemerre.”

He frowned. “The educational system in your country could use some improvement.”

“That may be true, but I still haven’t heard of it.”

“We may be a small kingdom,” he said with a touch of disgruntlement, “but one with a long and historic lineage.”

“We’ll see.” She snatched her laptop off the table. “Scoot over. I need room.”

“There would be more if you’d move a few things.” His mouth quirked up as he flipped her smock onto the couch’s other arm.

“Yeah, yeah. Let’s not get into my housekeeping. You weren’t supposed to be a species that noticed that, remember?”

He gave a neutral grunt as she fired up Wikipedia.

Lo and behold, there was an entry for Nemerre. It included a page on the royal family’s lineage . . . and a mention of Prince Alexander. “Disappeared . . . Believed to have been kidnapped by mercenaries hired by a foreign dowager duchess. The duchess later disappeared, herself.”

He leaned in to peer at the screen; his cologne tantalized her again, and his thigh touched hers. She wanted to squirm, but that would have jiggled the laptop and drawn attention.

He’s just a guy. There are three billion of them on the planet. Yet none of them had been as intriguing as this one — this impossible, can’t-be-happening, definitely-not-from-normal-reality man. 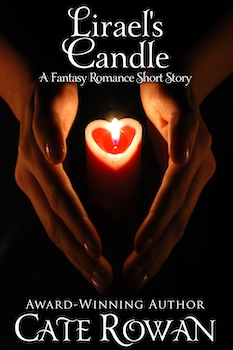 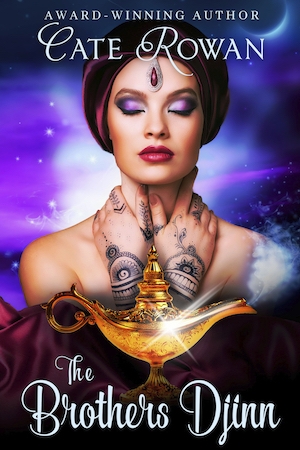 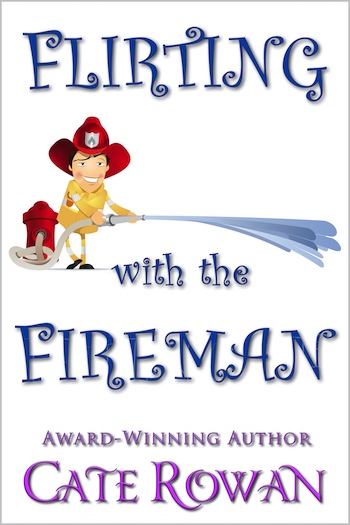 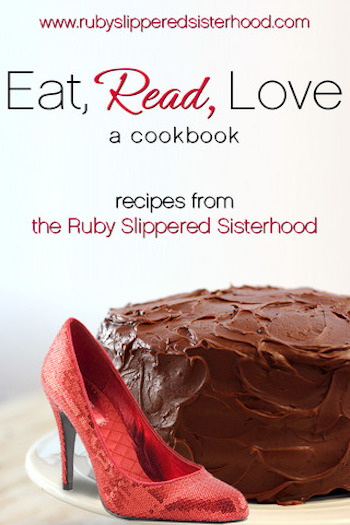