At a Plotting Crossroads…

…Yes, indeed I am, and it’s a particular crossroads I know all too well. Some background:

I finished the first draft of the Sword and Lute novella—that’s Taso’s story, so it’s chronologically second in the entire Alaian timeline. (It comes just after—well, probably partly during—Kismet’s story.)

Anyway, the manuscript needs to sit a few days to give my eyes and brain a break, and then I’ll continue with revisions. The first half is in pretty good shape, but the second half is still rough. (I’d love to get it done and up this month, but we shall see.)

Soul needs to accomplish many things: tell the love story between those two characters (two of my very favorites) as well as establish the future arc of the entire Alaia Chronicles series—all while setting up Kuramos (the sultan of the later Kismet’s Kiss) as an antagonist AND offering him a chance at redemption.

It’s a lot. And that’s one of the reasons I’ve struggled with this story for more than a decade.

I first started writing Soul in 2001 as my second novel. I was still such a newbie then, though, and much of what I’d learned by writing The Source of Magic I didn’t quite know how to apply to Soul.

I was trying to write Soul by the seat of my pants, rather than plotting it through, and I stumbled and fell. So I put it aside and worked on Kismet’s Kiss and on other stories that are still simmering on the burners. (Yep, there are a LOT of full burners in my Muse’s kitchen.)

Four or five years ago, after finishing Kismet’s Kiss, I picked up The Soul of Magic again. I had been envisioning Soul as a big novel—one at least as long as Kiss, for which I had to cut out an entire subplot just to squeeze it down to 106,000 words. I still remember all the threads from that larger plot of Soul, even though I could send a cruise ship through all the holes I never quite filled during the brainstorming. Something still didn’t feel right with it, so I put it back on the burner to simmer.

Within the last couple of years I’ve played with Soul a number of times. Part of me hugely resists writing such a long book again. It can be very difficult to make everything work, it takes months and a lot of patience, and meanwhile I’d wouldn’t be getting any other new stories out, which is tough on a writer’s finances.

And the long plot line I’d envisioned had quite a bit of darkness in it. After having lived through a very dark period of my own in the last few years, I haven’t been eager to put myself back there.

So I’ve toyed with shorter and lighter plot line. I think I have all its turning points worked out, and it would probably be amusing to write.

Unfortunately, the lessons I’d originally intended for each of  my main characters are best shown in the longer, darker plot line. And those characters don’t seem to think that the shorter one can make things work. Or at least I can’t (yet?) see the path for that.

And so I’ve come back to this crossroads yet again. (Sometimes it feels like I’m stuck in Once Upon A Time‘s Infinite Forest. Where’s Rumpelstiltskin to save me?)

I’d really like to have Soul done and published by the end of the year. That would let me have a new book out by the holiday giving season, plus I’d finally (FINALLY!) have the timeline hole between Source and Kiss filled and would be able to label the full novels numerically, 1-3, according to their chronology. All of those reasons should be pushing me toward the lighter storyline, and yet, and yet…

On the good side, I’ve written four stories this year. They were all shorter works, and they helped me remember writing can be fun. Whichever trail I decide to follow for Soul, I just want to keep that fun part in mind!

I hope you’re enjoying your October and reading good books. 🙂 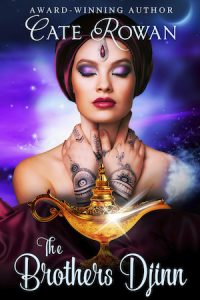